The following is a tale about Disneyworld, Universal Studios, Hurricanes and a vast difference in customer service.

First. Proof that there are good people. I lost my wallet in Epcot. Noticed after I made it pat the US pavilion. I checked everywhere I had been as I had only made it into the park 30-45 minutes prior. Foolishly all my credit cards were in there, all my identification. Before going to park myself at Lost & Found I wandered into the gift shop, near the US pavilion and there it was. A very nice, kind lady had turned it in. Everything inside.

This trip was my fourth time in Orlando enjoying the parks. As always, more time was spent at Disneyworld than at Universal. However, I decided that I wanted multiple days at Universal this time so that I could say on premises and see The Blueman Group for the first time. Unfortunately, a hurricane named Matthew, had other things to say about that.

Disneyworld and Universal both shut down on Thursday, October 6th at 5PM and for only the 4th time since it opened, Disneyworld was completely closed on Friday, October 7th. My original schedule had me at Universal on the 7th doing the parks and Halloween Horror Nights with the express pass. I managed to get the express pass and more moved to the 8th before things got worse.

Next I come to a prime example of the difference in customer service between Disney and Universal. Disney had people, from a safe location, answering phones on Thursday afternoon and Friday so that guests could know what is going on. They provided regular updates via the website and even put voicemails on guests rooms. Everyones stay was automatically extended beyond check out to keep people safe.

Universal? Late Thursday evening a voicemail was put into place. Across all numbers stating that due to the hurricane and the safety of guests/staff the park is closed and more information will be given soon. The message continued throughout the night and ALL through Friday… No further updates on the website or with that voicemail being changed.

Now I completely, 100% understand wanting to ensure the safety of staff. Completely. But Universal is a big company. They have people on phones in other locations. They have the ability to remotely update voicemail or have people change the website. All people want in a situation like this is just a little bit of information.

It all worked out (minus the Blueman Group part) in the end and I did have a very nice time at Universal/Islands of Adventure and the Halloween Horror Nights.

Just a quick tip regarding Halloween Horror Nights in either California or Orlando. Get the express pass or don’t waste your time going. Yes, the express pass is more than $100 on top of what you already paid, but, how valuable is your time? This year Orlando had 10 houses and with the express pass I saw all 10 as well as the Bill & Ted Halloween show. I also had time to relax, get something to eat and do a few rides.

Without the pass you would be lucky to see three houses and don’t plan on doing rides or seeing the shows unless you want to reduce that to two houses. The lines can be long, up to 90 minutes long for a house that will take you 4 minutes to walk through. 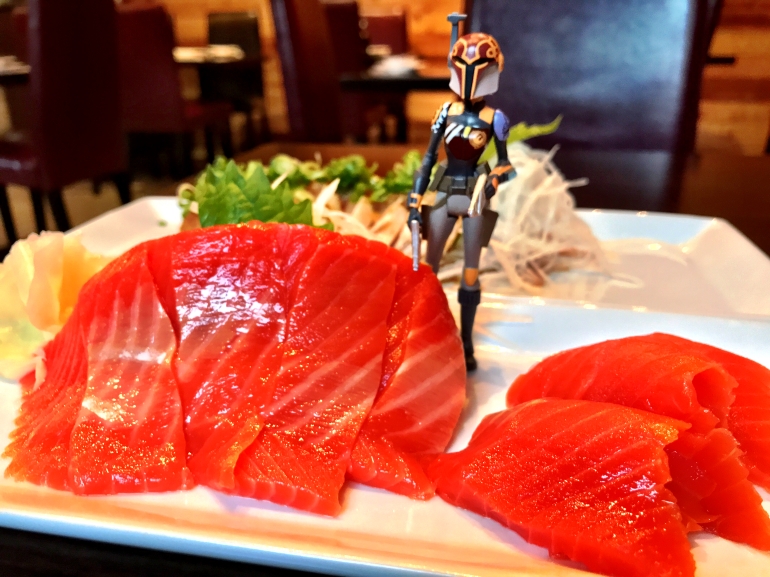 I know I already post Toys with Beer, but perhaps. Perhaps. This is something new. Either way that salmon sashimi was as amazing as it looks in the photo. 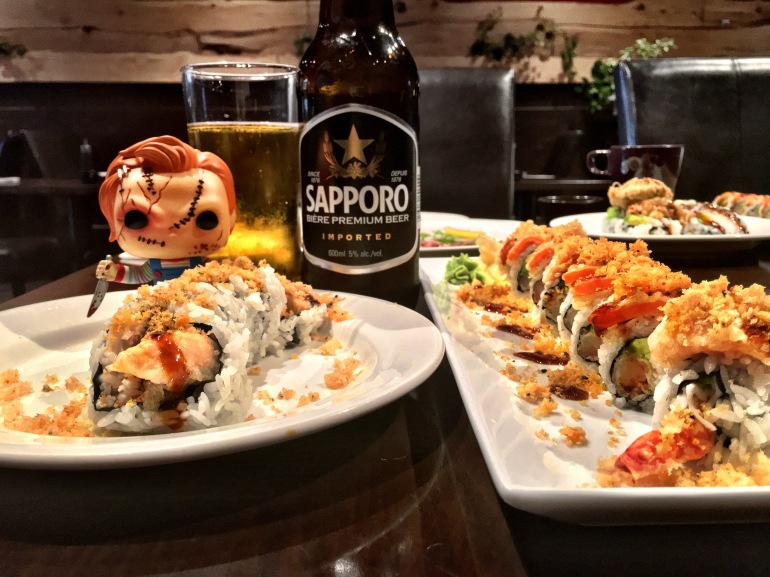 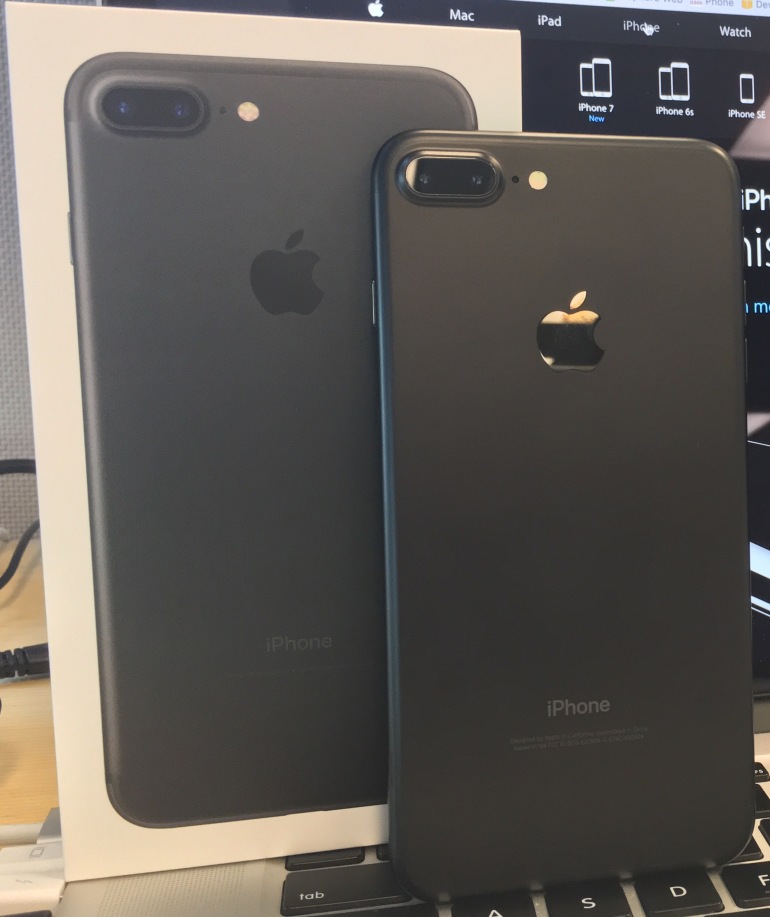 There is no such thing as magic.

Apple does not, has never, released major innovations every year.

Not everyone buys a new phone every year (like myself) and perhaps this “boring” release is an upgrade to them from a 5 or a 5S?

At the end of the day there is only such much you can do with the form factor of a phone.

The camera on a smartphone is the most important part to me so it’s a major factor in my regular upgrades. I do not want to lug my DLSR around with me on trips anymore and the phone takes the kind of pictures I’m looking for.

Is this a holding pattern year for Apple? Clearly. Next year is the 10th anniversary so if you’re holding out the next one is going to be something special. 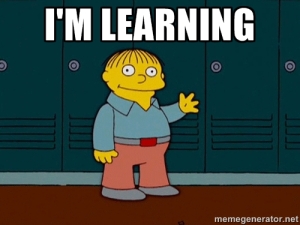 It’s not easy sometimes to keep up with all of the latest technology but I have to for my line of work. Thankfully there is a lot of great, free, tutorials across the Internet. I’m going to post a few here which I’ve shared with colleagues.

Now the following link is not free, but I’ve used this site to gain my knowledge of AWS which has helped me a lot in my job and recommend them highly.

While I do not believe there is such thing as being “completely secure” on the Internet there are many best practices which can make you safer.

I’m including a link which goes over the top passwords of 2015. As it states, if you find one of yours in this list it’s time to change it. 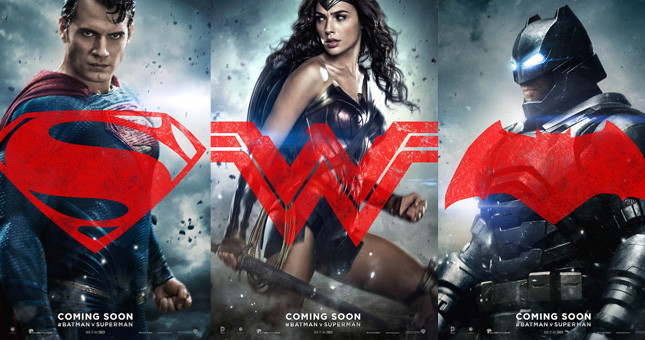 Even knowing, to the most part, what I was getting myself into when I went to see this movie, I still walked away surprised. While the early trailers for Man of Steel I thought showed great promise, the film itself was an abonimation to the Superman franchise. I just shook my head as to why Superman had to be given the Christopher Nolan Dark Knight treatment.

To put it bluntly, Batman v Superman is a dull and nearly joyless affair. Yet, given that it is breaking box office records it is clear that Zack Synders dismal world for the superhero is going to continue.

Just a few of many questions:

The most disappointing thing regarding a movie entitled Batman v Superman, is that you have to wait almost 3/4 of the way through to see the fight. Then, if you’ve seen any of the trailers, you’ve seen the whole fight anyways. The resolution of this fight goes down as one of the lazy excuses I have ever seen. It really is that bad.

Almost no film is without some bright spots and there were a few here:

Speaking of Wonder Woman… Why would they include her and provide zero backstory for her aside from a single image? If it was a matter of running time there was at least thirty minutes of other footage that could have been trimmed. You could completely remove her character and would only have to change a single scene. Now, like the solo Batman movie, I look forward to the solo Wonder Woman movie (again hopefully outside of Snyders influence) as Gal Gadot is one of the bright spots of this movie.

Lastly. The overstuffing. They cram in the introductions in the most ham fisted way possible for other members of the Justice League and do not get me started on out of context dream sequences… Then you take one of the most iconic villains in Superman history, Doomsday, and spit him out in the final act with a thud.

Is this really the superhero universe we want kids seeing? I’m including a link to an alternative version of the trailer which would have made a much more entertaining movie. 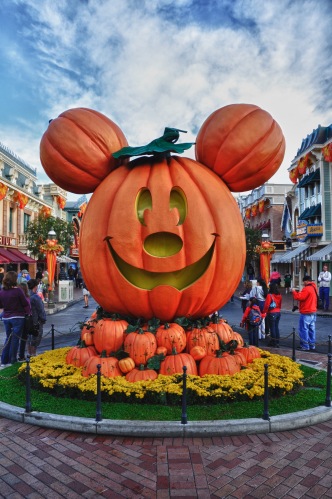 For one reason or another I did not take a vacation for a very long time. I found that I was always caught up in work and never did make the time to get away. Then in mid 2010 I made the decision that I wanted to go to Blizzcon, a convention celebrating the Diablo, World of Warcraft and Starcraft franchises. I managed to obtain some tickets and then noticed that the Anaheim Trade & Convention Centre is across from Disneyland.

How could I not use that opportunity to visit a place I had not been since I was a little kid?

It opened my eyes in ways I cannot even begin to describe. Since that initial visit in 2010 I’ve been nine times and my tenth is just a few days away. I have had little inclination to revisit Blizzcon but I think I will never tire of Disneyland.